A Novel Endovascular Approach for Treatment of Communicating Hydrocephalus

Hydrocephalus affects many patients and results from an imbalance of cerebrospinal fluid (CSF) production to resorption. When resorption is impaired the resulting CSF accumulation can lead to increased intracranial pressure (ICP) and significant progressive symptoms, including persistent headache, tinnitus, blurred vision, leading to neurological dysfunction, coma, even death if untreated.

Communicating hydrocephalus (CH) is the more common subtype, affecting 80% of patients, with the remainder being of the obstructive type.  In CH, obstruction occurs in the subarachnoid space over the brain convexity or at the level of the arachnoid granulations where CSF migrates into the venous system. The current standard of care remains the surgically implanted ventricular-to-peritoneal shunt (“VP Shunt”) which requires multiple skin incisions and the passage of a catheter across brain parenchyma into the frontal ventricle to drain excess CSF via a valve to the peritoneal cavity for reabsorption. 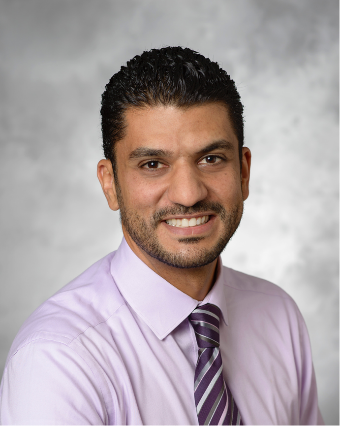 Assistant Professor of Neurology and Neurosurgery

A 50-year-old standard of care fraught with limitations

VP shunting is more than 50 years old and remains associated with an inordinately high complication rate. Recognizing these limitations, the FDA convened its first STAMP (Systematic Technology Assessment of Medical Products) conference more than 20 years ago to explore improvements. At the time, the FDA acknowledged that clinical experience and adverse event reporting indicated persistent problems with CSF shunts with over 60% of shunt patients encountering a shunt complication over their lifetime such as obstruction, over-drainage, infection, device migration, disconnection and fracture.[1]

VP shunt manufacturers’ attempts at device refinement and improvement have done little to eliminate the high complication rates.  The introduction of programmable shunt valves, anti-siphon valve designs, and antibiotic impregnated catheters had minimal impact on revision rates. Published proceedings from the most recent NIH-sponsored symposium on hydrocephalus research report that “despite many advances in the design of the CSF shunt, there have been few improvements in the rate of shunt malfunction, with greater than 40% of first-time shunts failing within 2 years.”[2]

Inspired by the myriad endovascular devices for treatment of cerebral aneurysm treatment that have supplanted microsurgical clipping, Carl Heilman MD and Adel Malek MD, PhD combined their respective expertise in skull base and neuroendovascular surgery to envision an innovative approach that could help address some of the limitations of VP shunting. Conceived at Tufts Medical Center, the solution they developed consisted of an endovascularly deployed device that would form a one-way fluid bridge between the CSF cisterns to the venous system, effectively mimicking the function of the arachnoid granulation.[3]  The resulting valved eShunt™ device developed by CereVasc Inc. (Fig. 1) is deployed using a retrograde transvenous approach (currently transfemoral) at the level of the inferior petrosal sinus.  Once in position, the eShunt™ device connects the cerebello-pontine angle cistern to the internal jugular and possesses a distal slit valve to prevent backflow in cases of transient venous pressure spikes such as during a cough or Valsalva maneuver. Because of its short length, the device is not vulnerable to large hydrostatic pressure gradients that can lead to the siphon effect that can lead to over drainage.

In February 2021, Principal Investigator Dr. Pedro Lylyk of Clinica Sagrada Familia (Buenos Aires, Argentina) treated the first patient with the CereVasc system, successfully deploying an eShunt™ device and ushering potentially the first minimally invasive treatment of CH. In the ETCHES I (Endovascular Treatment of Communicating Hydrocephalus with the eShunt System) trial, Dr. Lylyk is evaluating safety and effectiveness of the eShunt™ System, consisting of the endovascular delivery componentry and the implanted eShunt™ device.

The eShunt™ endovascular procedure relies on standard endovascular imaging and access catheters for a transvenous approach. It consists initially of transvenous catheterization of internal jugular vein using a 6-French guider then selecting the distal inferior petrosal sinus and cavernous sinus with a 0.027” microcatheter. This enables the deployment of self-expanding anchor connected to an exchange length flat wire, which then serves as a rail to advance the eShunt™ delivery catheter.  Using fluoroscopy combined with 3D-roadmapping enables the guidance of the latter to the target site where a needle is unsheathed to perform controlled transdural access to the CSF cistern and deployment of the eShunt™ device.  The proximal portion of the implant is secured from migration with a Nitinol malecot and terminates in the internal jugular vein.  The delivery catheter is then withdrawn and the anchor recaptured and recovered.  Once in position, the eShunt™ device drains CSF from the cisterns in front of the brainstem directly into the venous system, eschewing the transgression of brain parenchyma needed in conventional VP shunt surgery. A video illustrating the eShunt procedure can be viewed at https://cerevasc.com/treatment-of-hydrocephalus/.

In ETCHES I, the study population consists of patients with post-aneurysmal subarachnoid hemorrhage treated for increased ICP and symptomatic CH using conventional external ventricular drain (EVD) for CSF drainage.  Patients who cannot be weaned from the EVD after initial period of drainage following aneurysm repair are candidates for the study. This study design allows for monitoring of ICP levels prior to, during and post-deployment of the investigational device via the EVD prior to its removal.

With this first human eShunt™ trial underway, future data promise to shed more light on this potentially disruptive technology hoping to improve the comfort and quality of life for patients living with communicating hydrocephalus.

Dr. Malek is Director of the Cerebrovascular and Endovascular Surgery Division and Chief of Neurovascular Surgery at Tufts Medical Center, and Dr. Heilman is Neurosurgeon-in-Chief at Tufts Medical Center and Chairman of its Department of Neurosurgery. They are co-inventors of the CereVasc eShuntä System, which is intended to offer the first minimally invasive treatment for communicating hydrocephalus.

The eShunt™ Device is an investigational device and not available for sale within or outside the United States.

CereVasc’s eShunt™ System is intended to offer the first minimally invasive treatment for communicating hydrocephalus (CH) and an improvement to the current standard of care. It includes an endovascularly implantable cerebral spinal fluid (CSF) shunt and CereVasc’s patented delivery components, which are designed to treat CH without invasive surgery, extended hospitalization, post-procedure pain management and the risk of infection.